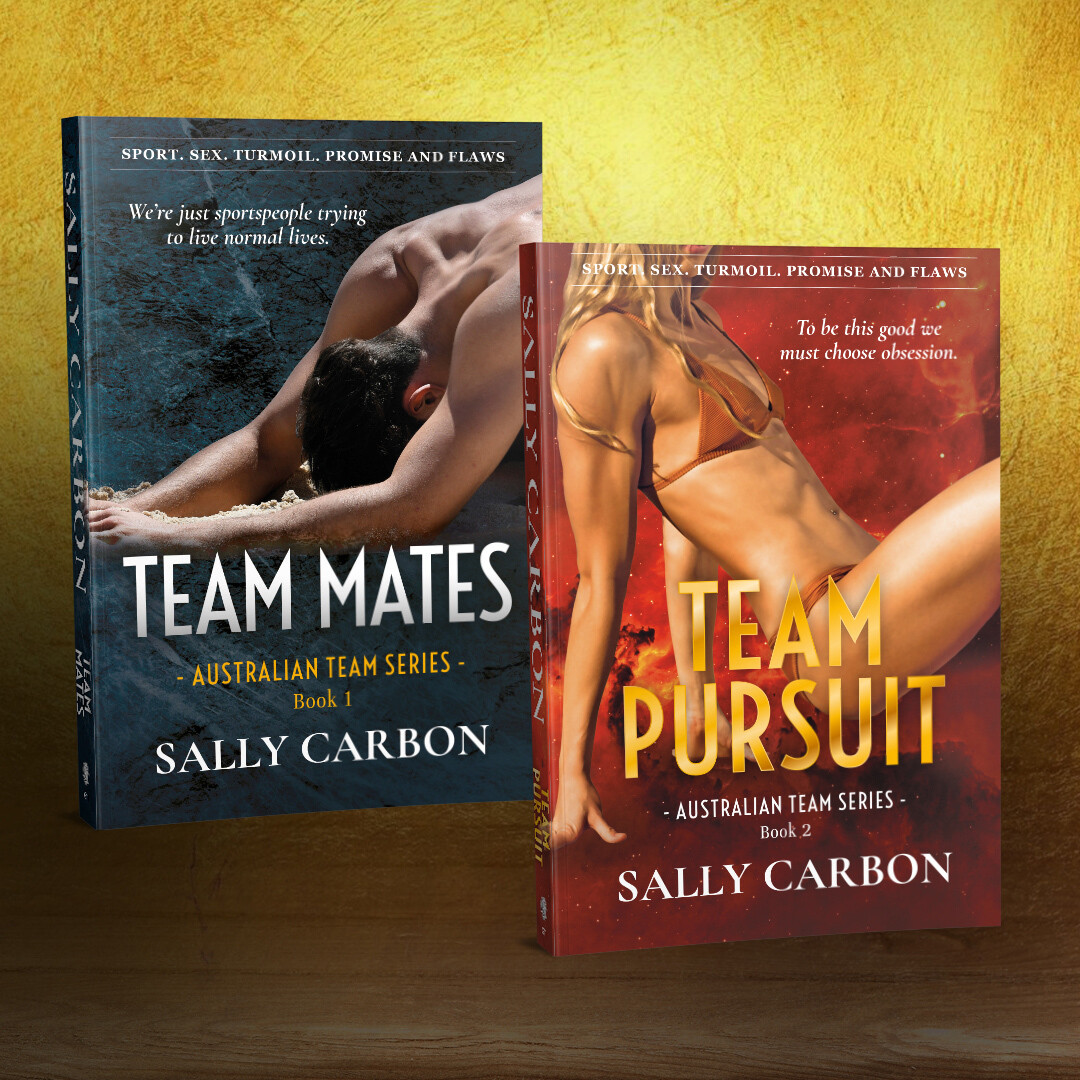 Please contact info@sallycarbon.com.au for out-of-Australia postage options, inscription alternations and any other queries.

TEAM MATES is told through the iridescent blue eyes of Jerome Kremers as he tries to bring his physical prowess and emotional intelligence into equilibrium. Everyone brands him superbly masculine and blissfully pretty, yet he’s simply not considered a great footballer. But then, having been forged by the world of high-performance sport, the Dutch-born, Australian-made Kremers unexpectedly graduates to being a formidable team leader. Bang. He skips great and goes from good to legendary. He bulks up, smartens up, and mans up.

Come and grow with four tight-knit male footballers as they work tirelessly to stick to the rules on the field while making and breaking their unique game plan off of it.

TEAM PURSUIT is the second book in the edgy and contemporary Australian Team Series by real sportsperson Sally Carbon, which started with TEAM MATES. Here, she pushes the boundaries and elevates the superstar female athlete into a mutually supportive role, rarely witnessed in traditional romance storylines. Her unique characters furiously refute judgement from any outside force—but could that prove a flaw? How long can these athletes stay on the right side of wrong?

Save this product for later